The Future of Solar Power

The Future of Solar Power

Solar energy is one of the most powerful and sustainable energy forms available to us. It is clean and green, but the only problem is how to generate it in the best way possible. In this blog, we will look at what solar energy is, where it can be used and how it can be generated and stored. We will also look at the different forms of solar power and what the future holds.

The Benefits of Using Solar Power

There are many benefits to using solar power as a source of energy. Here are a few:

Renewable energy source: Solar energy is renewable, meaning it can be harnessed indefinitely without running out. This is in contrast to fossil fuels, which are finite and will eventually be depleted.

Cost-effective: Solar energy can be cost-effective in the long run, especially when compared to traditional energy sources like coal and natural gas. The initial cost of installing a solar panel system may be high, but the long-term savings on energy bills can offset this initial investment.

Low maintenance: Solar panel systems require very little maintenance and can last for decades. This makes them a reliable and cost-effective energy source over the long term.

Widely available: Solar energy is widely available, making it an accessible source of energy for people in many different locations around the world.

Photovoltaic cells: Solar panels are made up of photovoltaic (PV) cells, which are made of silicon. When sunlight hits the PV cells, it knocks electrons loose from the atoms in the silicon.

Electricity is used or stored: The AC electricity can either be used to power devices and appliances in the home or business, or it can be stored in a battery for later use. Any excess electricity that is not used or stored is sent back to the grid.

Overall, solar panels work by converting sunlight into electricity that can be used to power homes and businesses. The process is clean, renewable, and efficient, making it a popular choice for those looking to reduce their reliance on fossil fuels and reduce their carbon footprint.

There are several types of solar energy systems, including:

Photovoltaic (PV) systems: PV systems use solar panels to convert sunlight into electricity. These systems can be installed on rooftops, walls, or the ground and can be used to power homes, businesses, and other buildings.

Hybrid systems: Hybrid systems combine solar energy with other energy sources, such as wind or hydroelectric power. These systems can be used to generate electricity or heat buildings.

Overall, there are many different types of solar energy systems that can be used to generate electricity or heat buildings. Each type has its own unique set of advantages and disadvantages, and the most appropriate system will depend on the specific needs and goals of the user.

The Cost of Solar Power

Here are a few factors that can impact the cost of solar power:

System size: The larger the solar panel system, the more it will cost. However, larger systems can also generate more electricity, which can offset the initial cost over time.

Location: The cost of solar power can vary depending on the location. For example, solar power may be more expensive in areas with limited sunlight or extreme weather conditions.

Installation: The cost of installation can also vary depending on the complexity of the project and the location.

Overall, the cost of solar power can vary widely, but it is generally a cost-effective source of energy in the long run. Many people who install solar panel systems see significant savings on their energy bills over time, which can offset the initial cost of the system.

Solar Power and the Environment

Reduces greenhouse gas emissions: Solar power generates electricity without emitting greenhouse gases, unlike fossil fuels like coal and natural gas. This means that solar power can help reduce the overall amount of greenhouse gases in the atmosphere and slow down climate change.

Conserves water: Many traditional energy sources, such as coal and nuclear power, require a large amount of water for cooling. Solar power does not require water for cooling, which means it can help conserve water resources.

Protects natural habitats: Solar panel systems can be installed on rooftops or on the ground, which means they do not require large tracts of land. This can help protect natural habitats and prevent the destruction of forests and other ecosystems.

Overall, solar power has many environmental benefits and can help protect the planet for future generations. It is a clean, renewable, and sustainable source of energy that can help reduce our reliance on fossil fuels and slow down climate change. 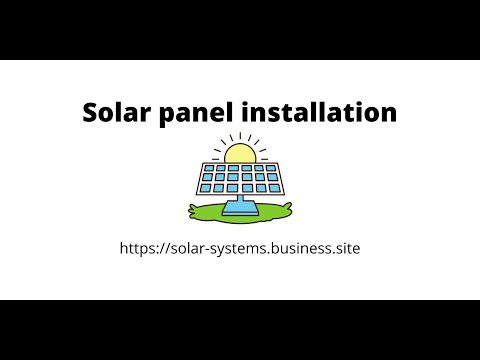